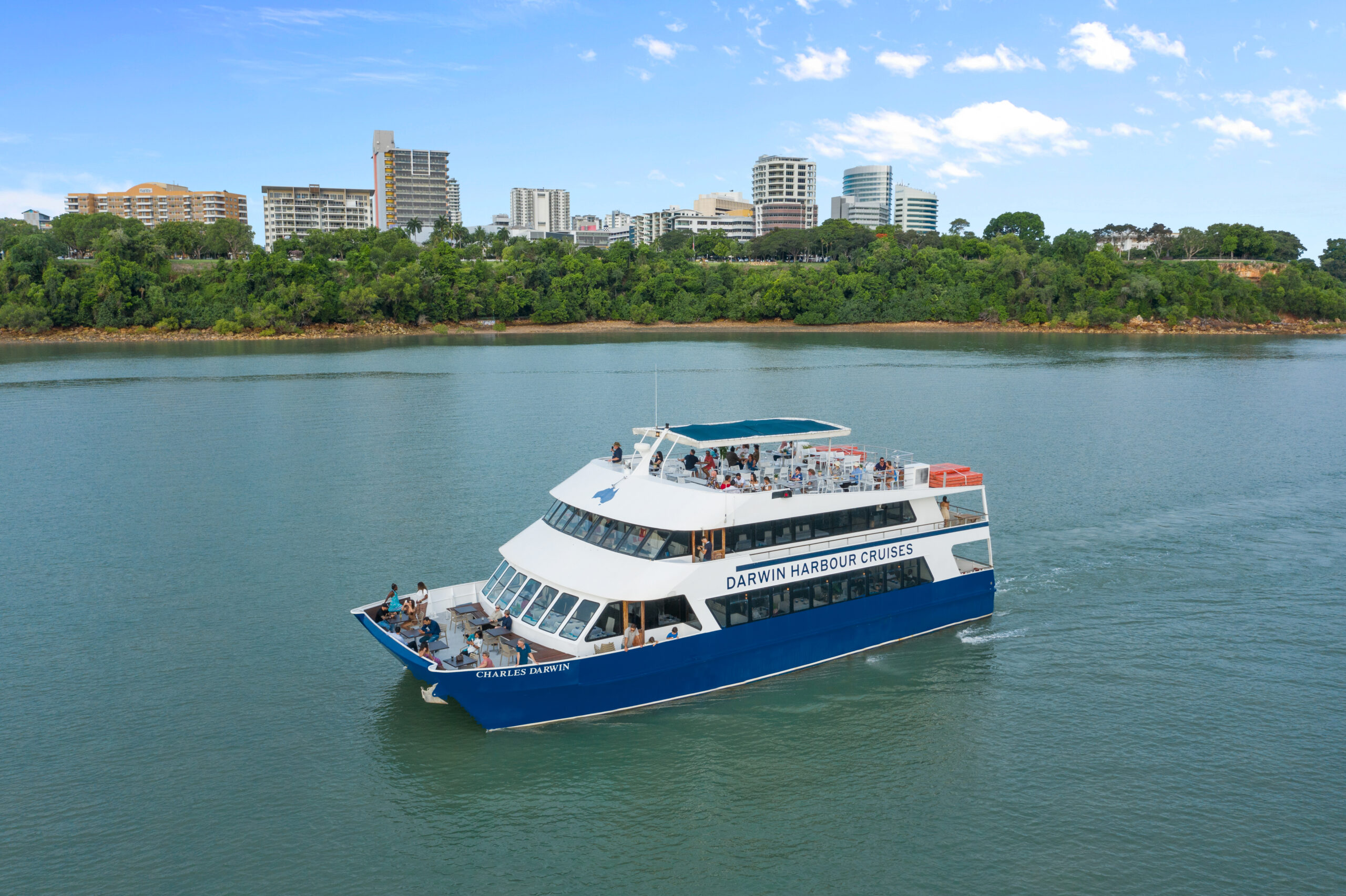 The Charles Darwin is an impressive steel-hulled tri-level catamaran that safely glides across Darwin Harbourâs waters. Originally named the Shangri-La Princess, the vessel has been operating for 30 years, with Darwin Harbour Cruises the most experienced cruise operator in the Top End.

Built in Adelaide in 1990 by the Stannard family, a well-known name in the boating industry, the Charles Darwinâs purpose has always been to create comfort for its guests. The vessel was initially built for use on the Gold Coast âBroadwater,â taking guests from Surfers Paradise to the Shangri-La resort on Stradbroke Island.

After many yearsâ service, two further owners and two name changes, she became part of the Darwin Harbour Cruises family in April 2010. After an extensive re-build and refurbishment in Brisbane, she sailed for Darwin as the Charles Darwin in August 2010. The Charles Darwin is also available for private events, catering for up to 270 guests across three levels, two of which are air-conditioned. 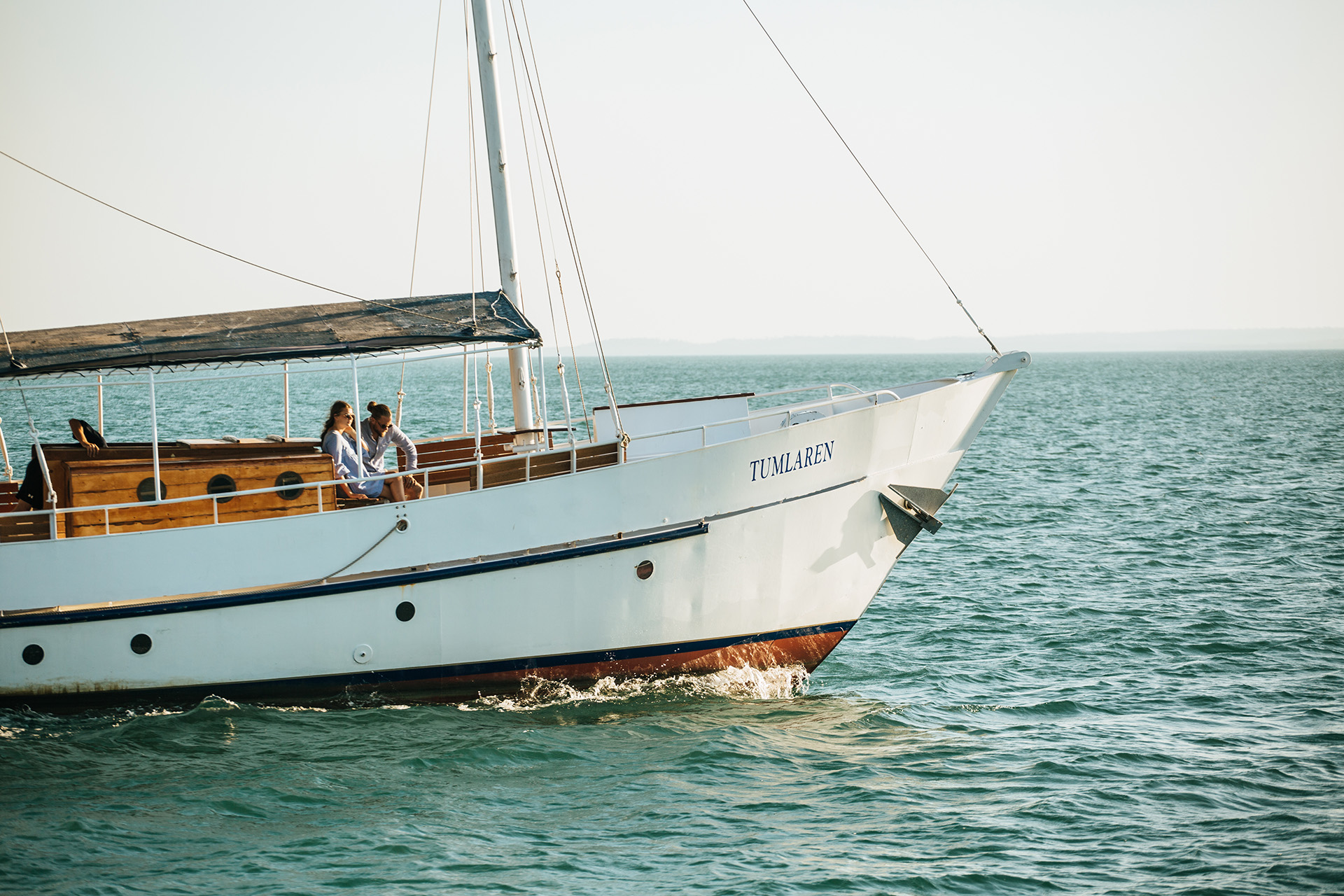 Tumlaren was built in Lavender Bay, Sydney in 1981 by well-known boat builder, Bob Gordon. Mr Gordon designed and built the Tumlaren as a scaled down version of Dick Smithâs vessel that was sailed to Antarctica, which he had also designed.

A true testament to the functionality and comfort of his design, Bob Gordon kept Tumlaren as a personal pleasure and fishing vessel for many years. She was later sold to a Sydneysider who had planned to sail around the world, a dream that never came to fruition. Tumlaren spent the next six years moored under the Gladesville Bridge in Sydney Harbour.

In 1999, Darwin Harbour Cruises was looking to expand and had been endlessly searching for the perfect vessel. After finding the Tumlaren in a significant state of disrepair, the owners took on the task of making her seaworthy again and preparing her for the big journey north. After countless months of hard work, she was restored back to her former glory and now has the pleasure of hosting private events for a range of occasions. Tumlaren caters for up to 45 guests, has an open-plan deck with shaded seating and WI-FI sound system. 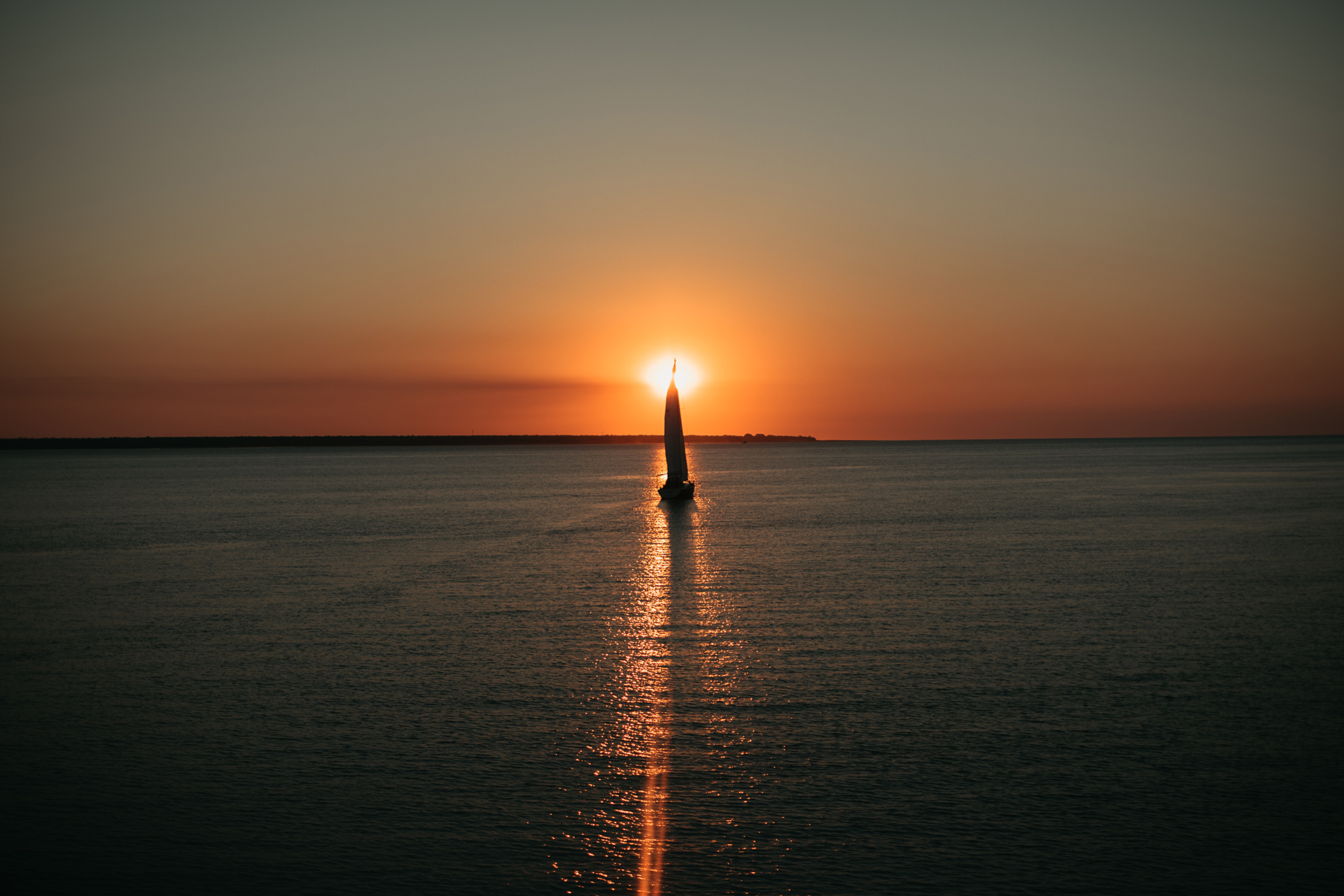 Sign up to receive the latest news and offers